You can follow the lectures, book presentation and interviews from home!
You have to register for these lectures by Zoom.
The lectures are free to follow.
more information: info@gallery-lemaire.com/ +31-(0)20-6237027

Ulis are iconic Oceanic art objects. These powerful ancestral figures were presented in Malagan ceremonies in central New Ireland. Already at the turn of the XXth century, they were very rare, and we identified over 220 in Museums and private collections. For nearly 150 of them we identified the field collectors, and for a large fraction the village of collect and the village where they were originating.
I will take you through a journey following old diaries forgotten in libraries, letters and old photos. We will travel the museums, private collections, to the Hills where is hidden the abandoned village of Konombin, one of the most important ritual site.

Uli powerful ancestors of the Pacific, to be published by PREMEDIA, under the auspices of Pierre Moos, Adam Lindemann, Ana and Antonio Casanovas, Yves-Bernard Debie and Bernard de Grunne 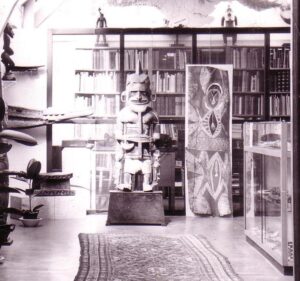 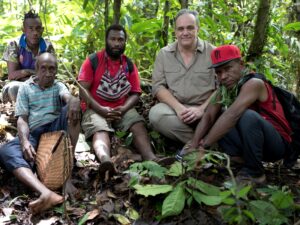 Konombin ritual site in 2018.
From left to right : Bruno, landowner of Konombin, his grand-son Jubilee, Stephen from Lamasong, me, and Mathew Salle from Tabar.

Register here for this interview by Zoom

Tom van Groeningen just published a book “Masks for the Dance” about his collection of masks used in the Phagli festival in Himachal Pradesh. The tribal masks in this book are a variegated anthology of his collection. An extensive and extraordinary collection from the Kullu Valley, India. Van Groeningen is not an average collector. He is not a collector of art that focuses on beauty and provenance but rather focuses on the stories and people behind the masks.He puts the objects into the context of the religious and cultural settings of the region . “All my masks danced,” he says with a twinkle in his eye. What drives Van Groeningen? How did his collection grow? What makes his masks so appealing to the imagination? The journalist Joan Veldkamp will interview the collector Tom van Groeningen in his home. 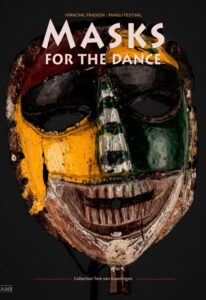 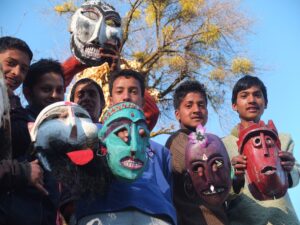 In this lecture Dr. Uli Kozok, professor of Hawaiian and Indo-pacific languages and literature at the University of Hawai’i at Manoa, will be interviewed by visual artist Frans-Jozef van Nispen about the pustaha of the Toba Batak (Sumatra). The recently digitalized pustaha from the Tropenmuseum in Amsterdam which was collected in 1850 by the Linguist Herman Neubronner van der Tuuk, will be the main focus of this talk. The book contains magical formulas, divinations, recipes and laws. This Batak bark book contains the knowledge of nine generations of the datu, the Batak priest. The pustaha can be seen as the notebook of the datu dictated to his pupils and as a supplement to oral instructions. This explains the abrupt and fragmentary character of many texts, parts are taken up by lists and tables and by magical drawings.

Does the number seven has a special meaning for the datu and what are these dragon like figures we see in this book? These questions and many others will be discussed. 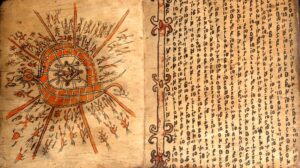 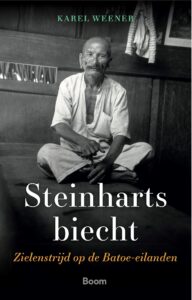 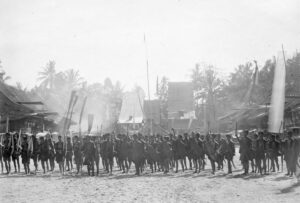 Sunday 1 November 4.00 pm
The stars are eyes by Marc Assayag

Join the lecture about Abelam masks by Zoom

In this lecture Marc Assayag will talk about his newly published book “The Stars Are Eyes” about the masks of the Abelam.
These masks, first introduced to the “outside” world some six decades ago, have hitherto always been viewed through Western eyes through Western rules of vision. However, they were not produced using these rules. They were produced by a people having a vastly different set of visual rules. This disconnect has resulted in a visual ”mistranslation” that has persisted for more than sixty years. Because of this blind spot, major components of Abelam art have been imperceptible to the Western eye. Until this day, they remained hidden in plain sight, despite being present and totally apparent to those who know how to look at the art works.

This Fall, the Musee Internationale du Carnavale et du Masque will be presenting an unique exhibit of art from Papua New Guinea. Entitled Abelam – Facing the Sky, the exhibit will run from 12 September 2020 to 7 March 2021 in the museum, located in Binche, Belgium.
The exhibit is based on the publication of Marc Assayag, the exhibit will present the art and graphics of Abelam in a manner never seen before. Furthermore, via the art of Abelam, the exhibition also reveals the way in which people communicate not only verbally but also, particularly in places like Papua New Guinea, visually as well.
With over 50 masks on display, the exhibit is a visual initiation that introduces an entirely new way of viewing art from this region. If not the world.
The Stars Are Eyes , 2020, by Marc Assayag (Author), Dr. Richard Scaglion (Foreword) USD 75,- 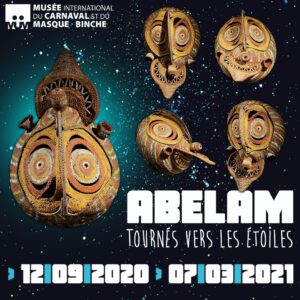